The House recently passed a party line vote to spend more money on education and Medicaid. The $10 billion dollars to the states comes with many strings attached, notably that they do not get the money if they decided to cut spending on education as a share of total revenues. I’ve touched on the irrelevance of medical spending past a certain level before, so let’s look at the effectiveness of education spending.

Of course, the chart is somewhat misleading.  Education scores are range bound while spending is not, but it is notable that they often seem to be going in opposite directions*.

Using additional cross country data from NationMaster, we see that government spending on education beyond a certain point doesn’t seem help very much anywhere in the world: 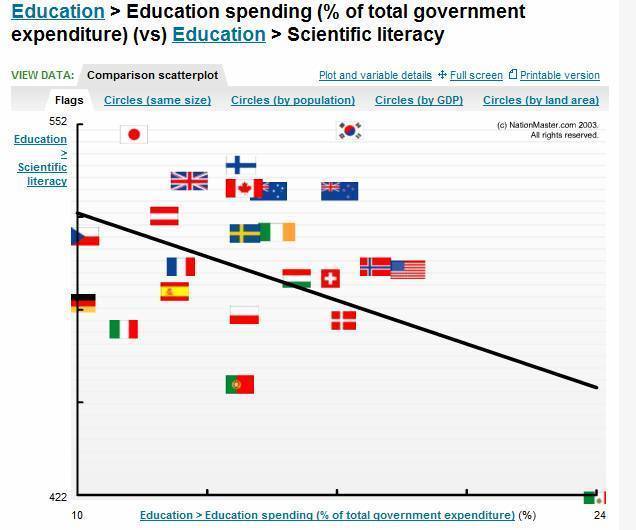 Total education spending as a percent of GDP isn’t any more correlated with scientific literacy, but at least the correlation isn’t negative. 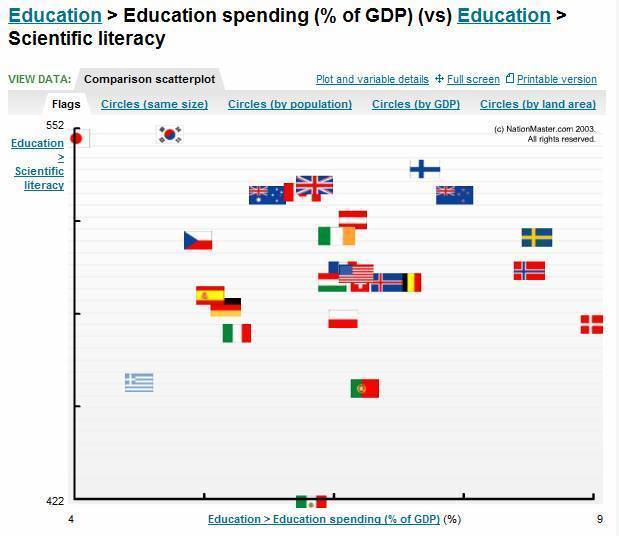 So the government may be wasting money here, which just gives us more evidence that  α is very high.

*At younger ages there is some evidence of improved math scores, but these improvements are negligible by age 17. Click through the article for more charts.