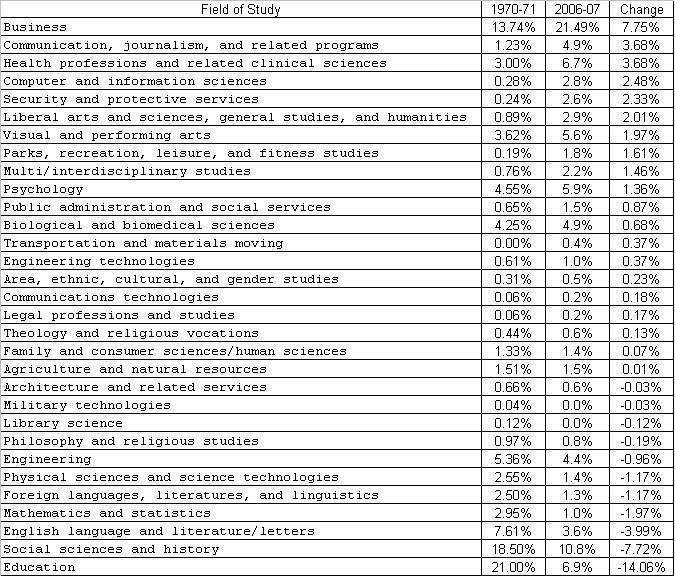 The biggest thing that stands out is the increased focus on the practical.

For those worried about a decline in the quantitative focus of students, the shortfall of quantitative majors is only 1.25% of the student population compared to 1970, and this number completely disappears if it is assumed that half the double majors are doing something quantitative or a fraction of the business majors are learning about statistics.  Of course, the college graduate situation only looks good when comparing the United States to a past version of the United States.  What is worrisome about the education picture to many people is the declining relative position of the United States compared to other counties and that will be covered in a future post.