When people talk about education in the US, the one idea that receives almost unanimous support is that we need to spend more money on education.  Historical data from the BEA and the UN World Population Prospects Database show that educational investment has been rising at the same time the student age population has been shrinking relative to the working age population.

When looking at per pupil aged growth rates, the change was rather extreme in 60’s and 70’s when more women and minorities started getting access to college and has since evened out with the spending per pupil increasing at the rate of GDP.  Considering that the population is growing, this means that education spending is rising faster than GDP.

The increased investment has increase the size of the population with Bachelor degrees and high school diplomas as these charts from the US Census show: 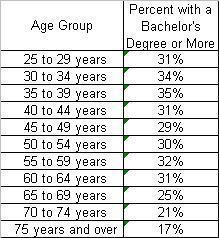