Greece has been in the news recently.  Greece’s economy is only 2.6% of the Euro according to 2008 data from the World Bank, so it is interesting to see its effect on the monetary zone’s currency.

The top chart shows the 5 year CDS on Greek bonds and the bottom chart is the Euro versus the dollar. The cost of protection for Greek bonds started going up at about the same time as the Euro started weakening. 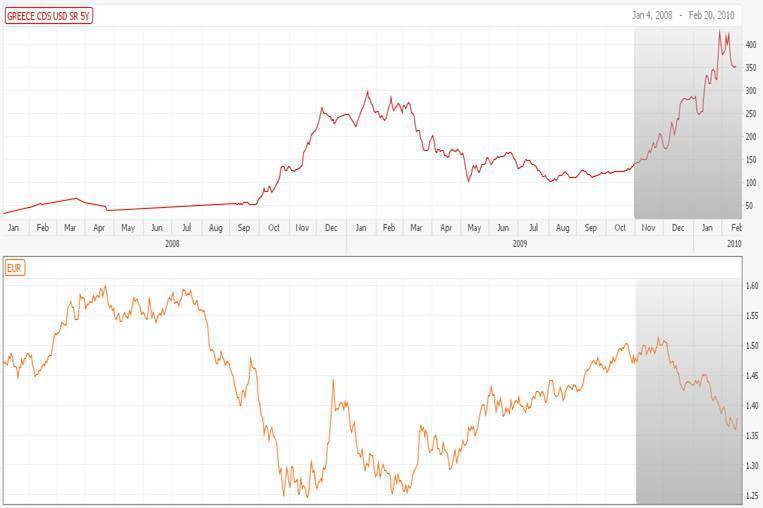 However, the specifics of the currency market do not seem that panicked. Below is a chart of 1 month and 3 month EURUSD volatility. If a crisis is expected, the one month volatility will often be higher than the three month volatility.  This is not currently the case, and despite there being a problem with the Euro the market is much calmer than it was in late 2008. 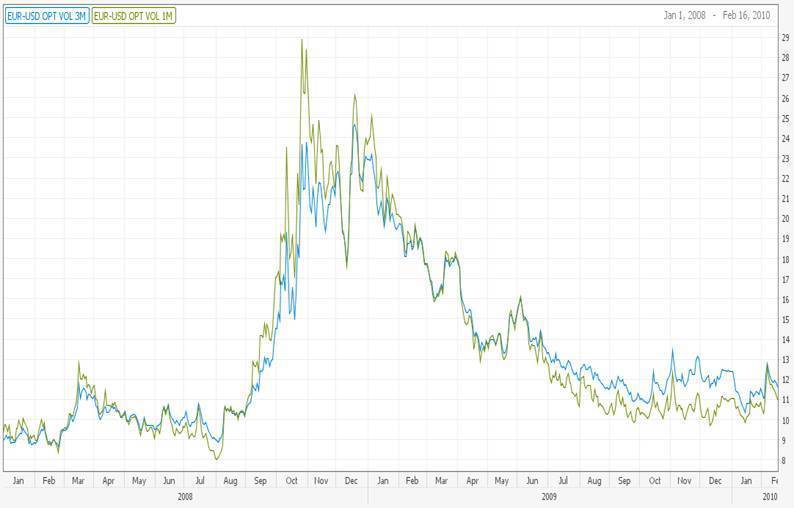 The same goes for other currency crosses, with the one month volatilities of EURCHF and EURGBP crosses relatively suppressed: 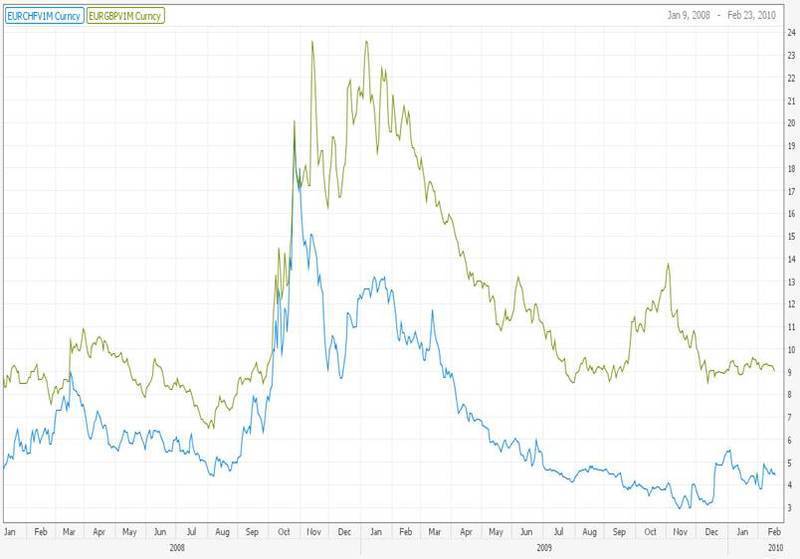 The put call skew for the Euro is similarly neutral relative to past levels, so there are no more people than usual making extreme bets against the Euro or hedging their Euro exposure with out of the money options.  What is happening to Greece isn’t the problem; it is what this implies about the future and stability of the Euro.  There are a few drastic possibilities that the market might be worried about, but right now the impact of Greece on wider markets is disproportionate relative to its impact on the headlines.