Garett Jones had a very interesting econtalk with Russ Roberts. He mentions that one the more interesting features of this recession is that productivity has been pro-cyclical rather than counter cyclical.  The graph below shows that during recessions productivity has generally gone down. 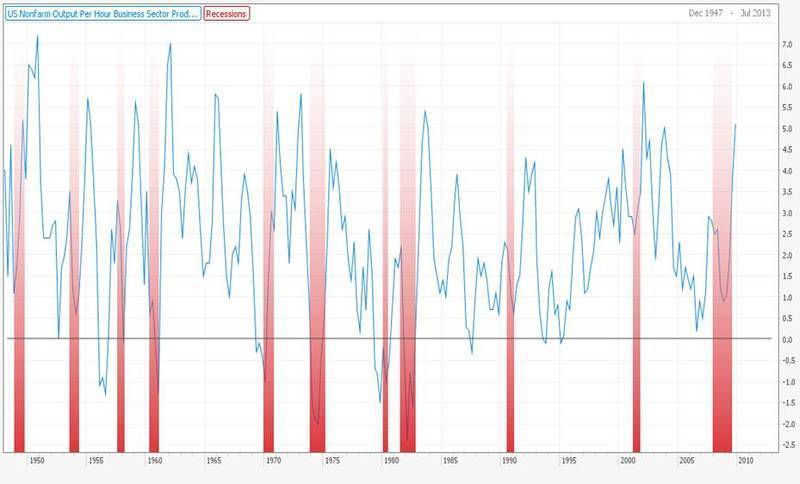 As Garett Jones points out, this is rather intuitive to the person who thinks about companies cutting the fat in hard times and laying off the least productive workers.  In really hard times, companies might also cut workers who are focusing on projects that might create future revenue. Garett’s original tweet on the topic phrased it this way:

In order to understand the significance of counter-cyclical productivity, I looked at a paper published in October 2000 by the Federal Reserve called Why is Productivity Procyclical? Why Do We Care? by John G. Fernald and Susanto Basu.  They analyze the four main reasons why productivity is usually procyclical.

The study found that explanations #3 and #4 are the most important.  If the recent boom and bust cycles were not quite as procyclical as before, it could be due to many reasons.

Two and three are the most convincing. However, just because productivity doesn’t drop during recessions doesn’t mean that productivity is now countercyclical.  The relationship has merely weakened somewhat from the 1990’s onward, as this rolling ten year correlation between quarter on quarter changes in real GDP and nonfarm business output per hour demonstrates. 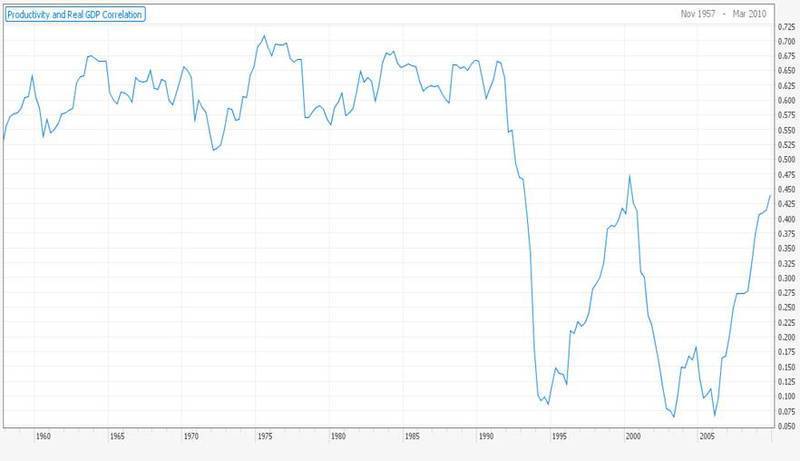