1. Beer has only recently been labeled as an alcoholic beverage.

2. The etymology of vodka is very closely related to slavic the word for water.
3. "Russia’s official addiction expert, who in the past, according to Heidi Brown, has advised Russians who like to drink a lot with dinner to open their windows a bit in order to get less drunk..." (Hat tip: MR) The rest of the article discusses why Alcoholic Anonymous is not popular in Russia. One of the major reasons is that excessive drinking is not seen as problematic unless/until it causes a person to end up homeless in a ditch.
Less funny is this chart of male and female life expectancy, which shows some of the impact the drinking culture has on life expectancy: 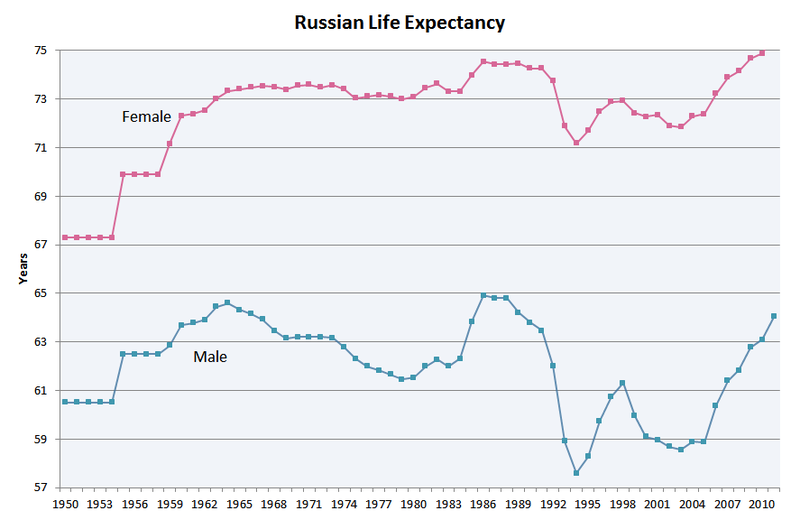 The difference between male and female life expectancy was over 11 years in 2011, the largest difference in the world.